You are here ❯ Home ❯ Projects ❯ VARIABILITY WITHIN COWPEA GENOTYPES TO APPLIED PHOSPHORUS AND RESIDUAL EFFECT ON SORGHUM PRODUCTION ON P DEFICIENT SOILS OF SUDAN AND SAHEL SAVANNAS. 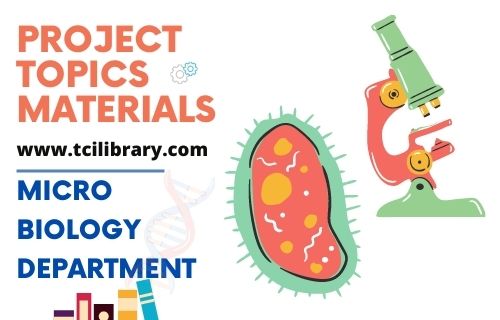 VARIABILITY WITHIN COWPEA GENOTYPES TO APPLIED PHOSPHORUS AND RESIDUAL EFFECT ON SORGHUM PRODUCTION ON P DEFICIENT SOILS OF SUDAN AND SAHEL SAVANNAS.

VARIABILITY WITHIN COWPEA GENOTYPES TO

APPLIED PHOSPHORUS AND RESIDUAL EFFECT ON

Cowpea (Vigna unguiculataL. Walp.), an annual legume, is grown in many parts of the world where it is called other names such as, black eye pea, Crowder pea, or niebe, (FAO, 2004). The total worldwide production of cowpea is estimated at 3.3 million tons of dry grain (FAO, 2001). Out of this 64% is produced in Africa where it originated. The largest production countries in Africa are Nigeria and Niger with 2,200,000 Mt and

400,000 Mt respectively, and then followed by Burkina Faso (330,000 Mt) (FAO 2004). Cowpea is chiefly used as grain crop that provides a rich and inexpensive source of protein for both human food and fodder for live stock (Buffet, 1994; Nielsen, 1996; Nwokolo and Smartt, 1996). The history of cowpea dates to ancient West African cereal farming, 5 to 6 thousand years ago, where it was closely associated with the cultivation of sorghum and pearl millet in dry areas as intercrop (Davis et al., 2003).  The traditional cropping systems in the dry savannas are diverse and not only differ from region to region but also from farmer to farmer within the same region. The mean cowpea grain yield in intercrop of millet and sorghum is reported to be in the range of 149 and 170 kg ha-1, respectively (Singh, 1993). Other cropping systems also revealed the low grain yields of cowpea, which ranged from 0-132 kg ha-1 (Van Ek et al. 1997).

Of the soil related constraints on cowpea production, low soil fertility is the most severe on more than half of the arable land in the Tropics (Sanchez and Salinas, 1981).

A number of soil management technologies have been proposed to counteract these effects (Sanchez and Salinas, 1981), but agricultural research in the last decade has shown that the crop production constraint in West Africa are most likely to be transformed by technologies based on biological processes. For example, Bagayoko et al. (2000) in Sahelian zone of Mali reported that P availability governed dry matter and root colonization by AMF in millet, cowpea and sorghum. Compared with millet, cowpea and sorghum may benefit much more from AMF inoculation because of their coarser rooting system. This explains the research efforts in recent times has concentrated on the development of improved crops and biologically based crop production systems, which are appropriate to the actual ecological conditions of the areas and the socio-economic situation of the farmers who cannot afford to buy fertilizers in the required quantities. Legumes generally play a major role in these production systems since they possess the ability to fix atmospheric nitrogen and thus improve soil fertility and productivity of the subsequent or associated crop in the cropping system. However, legumes need phosphorus as a key element to accomplish the biological process (Danso, 1992). It is therefore important that some external source of P be applied to these inherently low P soils and legume crops with high capacity to acquire P from less available forms are used in the systems. Another option is the use of cheap source of P like Rock P (RP). This may be more feasible considering the fact that farmers in the region are poor and may not be able to afford the expensive soluble P fertilizers (Mahamane et al., 1997).

crops in association as mixtures (intercrop) or in rotation. In the Sahelian countries such as Niger, the cropping system is millet-based, with millet/cowpea and millet/groundnut being the most prevalent and important cropping patterns (Steiner, 1984). Field experiments at several sites in Sahel region of West Africa have shown cereal yield increases in cereal/legume rotations ranging between 15 and 79% over yields from continuous cereal monocropping systems. However, the degree to which N and P were involved as driving forces in these effects remained obscure (Bagayako et al., 2000; Bationo et al., 1998) but the observed legume rotation effects on cereal plots included site specific increases in mineral N, mycorrhizal infection and decrease in nematodes infestation (Bagayako et al., 2000).

Until about 20 years ago, arbuscular mycorrhizal fungi (AMF) were virtually ignored by most soil and plant scientists and were not considered as a soil microbiological resource for crop production. However, since under controlled green house conditions it was demonstrated that AMF or “root fungus” increase P uptake and play a role in uptake of other plant nutrients, nitrogen fixation by rhizobium, biological control of root pathogen and drought resistance of plant (Powell and Bagiyaraj, 1984), AMF could be of significance to field grown crops. The major effect of AMF on plant growth is the increase in P uptake (Thompson, 1990) because the roots of mycorrhizal plants are more efficient than the roots of non-mycorrhizal plants in P uptake from the soil (Stribley, 1989). And hence, a bio fertility strategy could be developed for improving cowpea varieties especially suitable for cropping systems of the savannas.

Cowpea response to RP fertilization may lead to achieve high yields at reduced cost through the combined use of low cost reactive RP materials, the selection of cowpea varieties with high efficiencies for uptake and utilization of P from soil and RP

(Geethukumari and Kunju, 1984; Islam et al., 1980), and may also lead to good AMF association. However, the response of leguminous crop to AMF depends on the legume, the rhizobium, the fungus and the environment (Bethlenfalvay et al., 1985). Reports of interactions involving different soybean genotypes, Bradyrhizobium strains, AMF species and isolates, on P-deficient soil in the derived savanna have been given (Abdelgadir, 1998). Furthermore, Sanginga et al. (2000), observed that two high yielding cowpea breeding lines, IT81D-715 (non P responder) and IT82D-849 (P responder) had different relationships between plant growth characteristics and P uptake efficiency, P use efficiency and % AMF root infection in the moist zone of derived savanna. In both cases, intra specific differences were shown, in moist zone of derived savanna, for tolerance to low P levels to soybean (Abdelgadir, 1998) and cowpea (Sanginga et al., 2000). Therefore, to improve N and P nutrition of grain legumes in low fertile soils of the dry savanna, identification of low soil P-tolerant genotypes as well as the efficient users of P fertilizers may be a productive strategy. No such a work has been carried out in dry savanna especially the Sahel zone of Niger and Sudan of Northern Nigeria to screen cowpea genotypes for tolerance or response to P. In addition the use of locally mined RP and N nutrition on Pdeficient soil, to improve soil fertility and hence the improvement of the productivity of cowpea-based cropping systems have been some how explored in these zones (Bationo et al., 2002). The P efficient genotypes can play a role in solubilizing the sparingly soluble P in low P available soils. By so doing the efficient cultivars recycle the P in the soil making it available to an inefficient subsequent cereal crop. Therefore the poor farmers who cannot afford to buy expensive P fertilizers can potentially use such efficient genotypes. The identified good cowpea genotypes can therefore be used in breeding programme for introgression in genotypes, which might have other useful traits.

The general objectiveof the study is therefore to enhance the productivity of cowpea-based cropping systems in dry savannas of West Africa through the identification of cowpea genotypes with improved P-acquisition, use efficiency and P- cycling in low P soils.