HOME CONTACT US OUR BLOG BUSINESS PLANTERMS AND CONDITIONSPRIVACY POLICYDISCLAIMERSHARE AND EARN
TAPHIRE A WRITERSUBMIT ASSIGNMENT FAQ Testimonies Latest Post Sign Up Login
You are here ❯ Home ❯ Projects ❯ THE RELATIONSHIP BETWEEN AFRICAN AMERICAN IDENTITY AND RAP SONGS: A STUDY OF SELECTED RAP SONGS OF GRANDMASTER FLASH AND THE FURIOUS FIVE 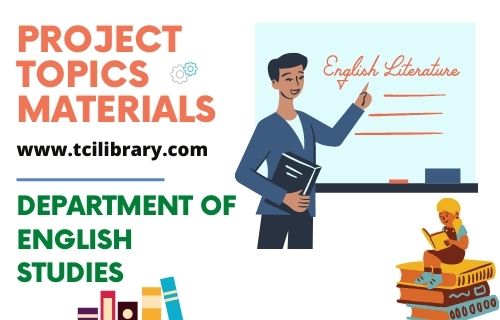 THE RELATIONSHIP BETWEEN AFRICAN AMERICAN IDENTITY AND RAP SONGS: A STUDY OF SELECTED RAP SONGS OF GRANDMASTER FLASH AND THE FURIOUS FIVE

THE RELATIONSHIP BETWEEN AFRICAN AMERICAN IDENTITY AND RAP SONGS: A STUDY OF SELECTED RAP SONGS OF GRAND MASTER FLASH  AND THE FURIOUS FIVE

African Americans are citizens of the United States of America whose forefathers were forcefully removed from Africa during the seventeenth and eighteenth centuries. Such Africans were forced into slavery and were stripped of their cultural affinities. Consequently, this forceful removal had an effect on the Africans who found themselves in an alien world and had to learn new ways in order to survive.  In the process, Africans were caught up between two cultures; an African one on one hand and an American one on the other. It is important to note that American culture is not universal, as Africans taken into slavery found it different from the culture they were used to. The slaves had to adapt to an alien culture. Thus, it is this dual identity that gave rise to the term African American, a term that deliberately recognizes the African and American cultures that have moulded the African American personality.

―identity‖. The concept of identity has always been linked to the history of African Americans and their presence in what has now become the United States of America. For a long time, the image or view blacks had of themselves was largely defined by the way Whites in America described them in their writings, films and other forms of representation. In the past, in the course of domicile in the United States, African Americans have been called by such names as – Negros, Blacks, Coloured, but in the last thirty years, the term African American and Black American has been used. The mechanisms the Whites put in place to subjugate the blacks go a long way in making them think and feel inferior (Wikipedia).

Slavery affected every aspect of their lives. The nearly 300 years of slavery have distorted and caused great pain such that African Americans have had to create a new culture and identity out of their experiences in the new world. This is because the white masters did not acknowledge the right of African American to an independent ethnic or cultural identity. As historian T, Vaughan (1995) has noted that the Europeans rarely identified African arrivals in the colonies with terms denoting either nation or ethnicity (Quoted in Hornsby, 2005). For instance, Africans were referred to as Negroes, a term referring to their skin colour.

Before the beginning of slavery, Africans lived in a society that was predicated upon a religious system and cultural practices (Hamlet, 2011). As such the people‘s beliefs, values, norms, history, were transmitted by griots and other members of the society who were the custodian of African culture from one generation to another. The transportation of blacks from Africa to the Americas for slavery stripped them of their culture, identity, family and possessions. Language was the first cultural trait the slave traders and holders tried to suppress. On the slave ship, members of the same community were deliberately separated from each other to prevent communication (ibid). This notwithstanding and given that the blacks came from different backgrounds, the similarities in the basic structure of their culture allowed them to be able to form a different form of communication that was partly African and American (Gay and Barber: 1989).  Oral tradition was a major cultural vestige that blacks took to the new world. In African American culture, oral tradition has served as a fundamental vehicle for cultural expression and survival. This oral tradition also preserved the cultural heritage and reflected the collective spirit of the race. African American oral tradition can be traced to Africa.African American cultural expressions have been some of the ways of resisting racial oppression and also a way of expressing African American identity. Although the institution of slavery was out-lawed in 1865 in United States, African practices continued to evolve in to newer modes of expression that provided a foundation for

Overall, the goal of this study is to analyze the lyrics of the selected rap songs of Grandmaster Flash and Furious Five. The analysis of rap as an art form is to demonstrate how the form serves as a vehicle for promoting the identity of the African Americans as well as artistically articulating their diverse social and political experiences. Rap acts as a mechanism for retaining and disseminating African American cultural heritage. It is an avenue of speaking out about their predicament in America. The study also looks at the aesthetic features found in the lyrics of Grandmaster Flash and the Furious Five (such as repetition, call and response, language) and deploys postcolonial theory as its theoretical frame work.

The history of African Americans can be traced to the time of the middle passage when blacks were forcibly uprooted from Africa and were transported to a new and alien world. Blacks who were taken as slaves were stripped of their culture and language. This was important for the slave owners so that the blacks will forget who they were and accept a culture alien to them. For the enslaved blacks the new world and way of life created a new identity for them which was a result of the various mechanism put in place by their owners such as, religion, science and philosophy and also through the improvisation and adaptation that the enslaved came up with.

Therefore, stripped of their cultural vestiges, blacks brought with them a strong memory of rich cultural values; one of such is the importance of family. It is important to note that slave owners did their best in separating members of black families as children born by a slave were usually sold by his/her slave master/mistress to another master. But with all the measures put in place to separate slaves, they were still able to survive and form family ties amongst themselves. Family can be seen in the African sense as a large number of blood relatives who can trace their descent from a common ancestor and the family was held together by a sense of obligation, as such, each member of the family is brought up to think of himself in relationship to the group as a cohesive unit. It is this family ties that Africans or blacks brought with them to America.  Gutman (1976) observes that ―African family resilience was transmitted to the Americas, and, thus, assisted in Africans‘ survival both during and after slavery (quoted in Hornsby et.al. 2005).

From the above, it is obvious that the African Americans did not forget their roots. They found strength in the memory of what their life used to be before being captured as slaves. The African slaves created a culture different from that of their masters, a culture they could call their own. Thus Gutman‘s argument can be compared to Howard Zinn‘s observation in APeople‘s History of United States (1999). Zinn observed that ―in a society of complex controls, both crude and refined, secret thoughts can often be found in the arts, and so it was in black society‖. In this respect, one can surmise that the African American experience in America created a fertile ground for the development of cultural forms ranging from work songs, negro spiritual, slave narratives, poetry, jazz, blues, to mention but a few.

The Southern states in America were rich in fertile soil and this part of the country depended largely on slave labour to maintain its farms. Some Americans in the Northern states thought slavery should not be allowed in a free country. In this respect, the American Anti-Slavery movement was formed in 1833 in Philadelphia and had several branches established throughout the free states. The goal of this organisation was to abolish slavery. This did not go down well with the whites in the South and they attempted to prove and justify slavery, using scientific and biblical arguments to the effect that blacks were inferior to whites and were destined to be slaves (Race Timeline, 2003).