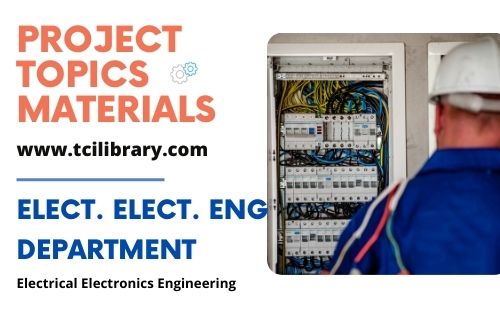 During the last decade, there has been a tremendous growth in cellular networks market. The number  of  subscribers  and  the  demand  for  cellular  traffic  has  increased.Hence,  the  mobile operators find meeting these new demands in wireless cellular networks inevitable, while they save to keep their costs minimum (Hasan et al., 2011).In a wireless network, base stations (BSs) consume about two-third of total network power consumption and are logically responsible for 70%  of  CO2                      emission  from  the  entire  network.  For  this  reason,  management  of  energy

consumption of wireless base station has become an essential topic of discussion in the research society (Tun&Kunavut, 2014).

Figure 1.1 shows a chart of the power consumption of various components of a base station. The power supply consumes less with about 7.5%. The essence of the Air conditioning is to provide site cooling which takes up to 17.5% while signal processing

Figure 1.1:Power Consumption Distribution in Radio Base Stations (Correiaet al., 2010) contributes about 10% of the power consumption. The power amplifier including feeder losses consumes about 65% which is highest amongst the components of the base station.

In each cell, the base station transmits common control signals and data signals to mobile users (MU), and the cell size is defined as the area in which the MUs can receive control signals from the BS. Cell size and capacity are generally static at the phase of network planning based on estimation of peak traffic load. Significant spatial and temporal fluctuations exist due to user mobility. To save energy of the whole network, the phenomenon of traffic load fluctuation implies that some base stations can be switched off when the traffic load is light (Zhinsheng et al., 2010).

Figure 1.2 shows atypical load profile across one week, which clearly exhibits significant spatial and temporal fluctuations. During either low or no traffic periods i.e., early mornings or daytime in residential areas when loads are small, many base stations are underutilized, but still consume significant amount of energy.The base stations are underutilized at night and weekends. Thus, the traffic volume of the night time is much lower than that of the daytime (Alam et al., 2012).

Heterogeneous network is one of the key technologies to reduce energy consumption in a cellular network where the cell size is diversified (Xuet al., 2013).Heterogeneous Network (HetNet) could